International Pastors who have gathered at Ps David Kiganda Church of Christianity Focus Center, MengoKisenyi have laid hands and anointed Kivumbi Earnest Benjamin for a Political Position. These have come from Canada, United States of America, United Kingdom, Zimbabwe, Kenya, Burundi & Rwanda for the 20th Annual Ministers Conference with a theme “How long will you falter between the two opinions…  “1 kings 18:21 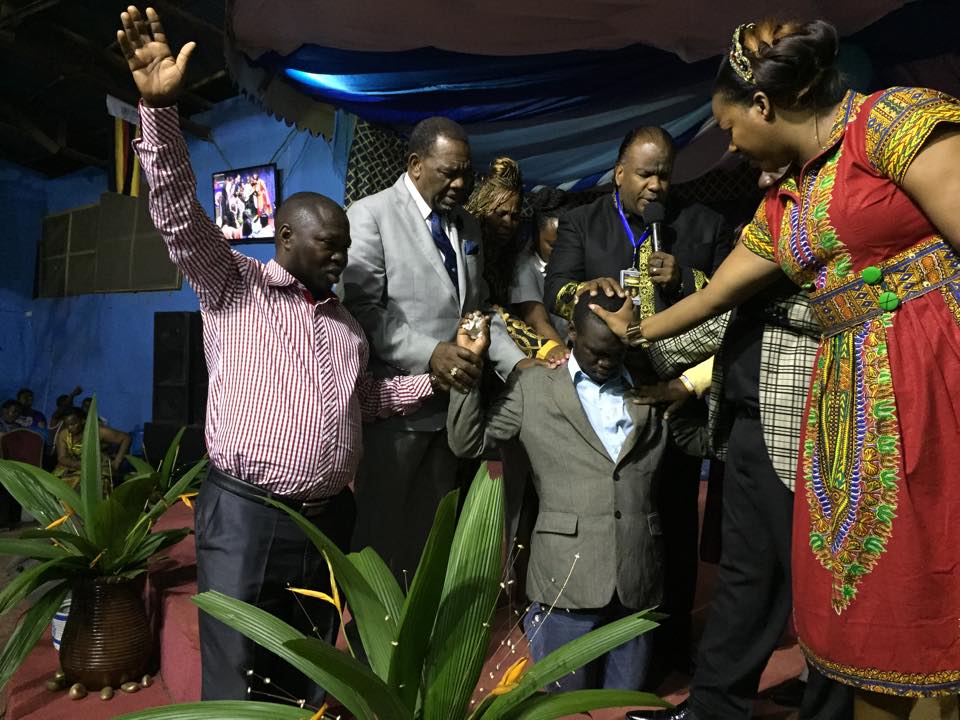 Black American Prophet shortly after the prayers prophesied that Kivumbi will soon land for political position.

Bishop David Kiganda spoke about the need to send Christians to Parliament and hold political positions and that’s the only way the issues that the church desires can be addressed including passing Godly laws. He invited City Pastors including David Bweyinda, SalongoNtale, Maama Cindy Kiganda, SoziNatigo and many others to bless Kivumbi.

Kivumbi after spoke to thousands of Born-Again Ministers and pastors who cheered on him while he pledged to advance Godly agenda while in position of power and authority in his 5 minute speech.

This is not the first time Bishop Kiganda, proprietor of 93 Kingdom FM prays and calls on masses to support Kivumbi. At the City Lunch Hour Fellowship last month he invited him to speak to multitudes who were attending his lunch hour fellowship and Kivumbi made political statements.