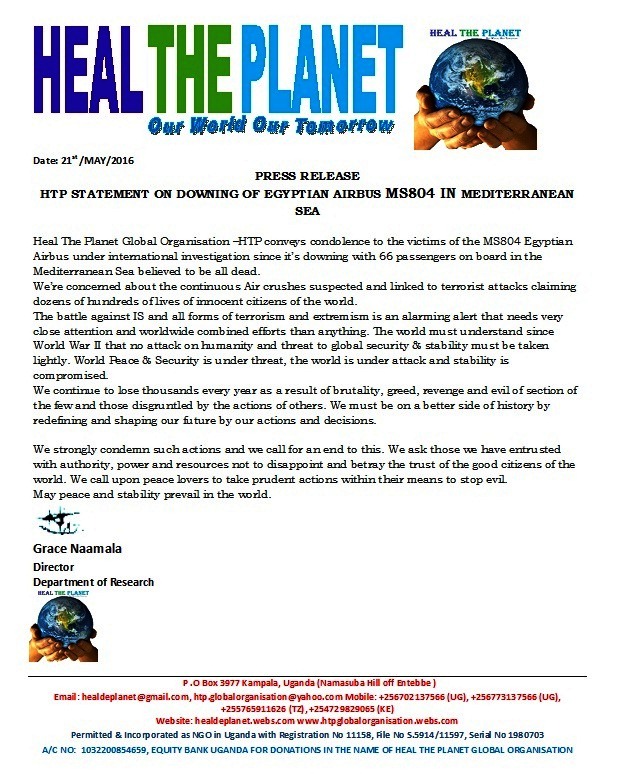 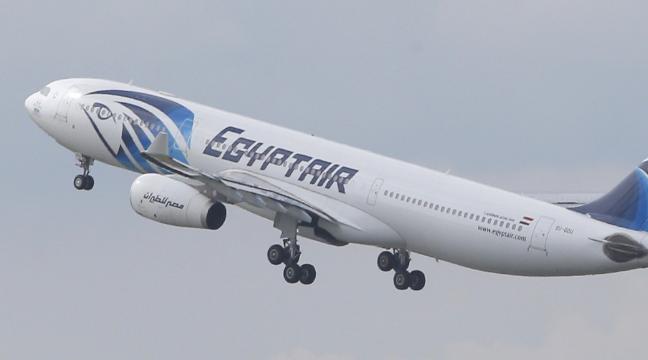 Heal The Planet Global Organisation –HTP conveys condolence to the victims of the MS804 Egyptian Airbus under international investigation since it’s downing with 66 passengers on board in the Mediterranean Sea believed to be all dead.

We’re concerned about the continuous Air crushes suspected and linked to terrorist attacks claiming dozens of hundreds of lives of innocent citizens of the world.

The battle against IS and all forms of terrorism and extremism is an alarming alert that needs very close attention and worldwide combined efforts than anything. The world must understand since World War II that no attack on humanity and threat to global security & stability must be taken lightly. World Peace & Security is under threat, the world is under attack and stability is compromised.

We continue to lose thousands every year as a…