Thanks But the worst thing the Indian community business class ever did to Uganda in the colonial times was to frustrate and delay the formation of cooperative societies by Africans. 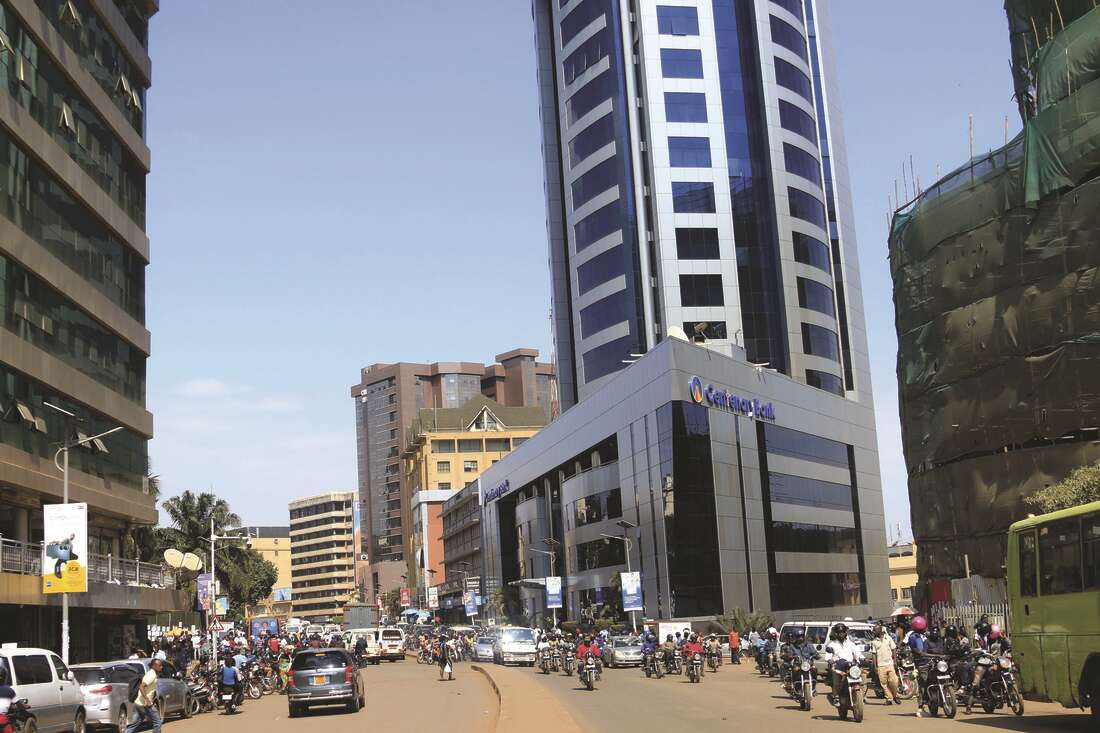 2022 marks the 50th year since the expulsion of the Indian community from Uganda in August 1972, when then-president Idi Amin gave them 90 days to either leave the country or face unknown consequences.

The 50-year mark (a Golden Jubilee for happier events) is a big deal for families of the expelled Indians to whom the events of 1972 have turned out to be truly golden. It is a big thing in Great Britain, Canada, Australia and other developed countries where the expelled Indians sought refuge and arrived penniless, and through sheer hard work amassed fortunes.

Besides festivities and symposia planned in different cities where these families settled, the BBC is doing a series on the East African Indians who rose from destitution to great fortune in a couple of decades through resilience, despite arriving here with only the clothes on their back, some during winter, having been born and raised in the permanent spring of Uganda on the Equator.

In Uganda, the country that called them “exploitative” and expelled them so that its indigenous citizens would take charge of their economic affairs, the jubilee isn’t yet so golden, but the jury is still out.

Still even in Kampala, the expulsion anniversary is not totally under blackout, for one of the finest works of research about Indians in Uganda was recently launched by the country’s top history researcher and archaeologist, Prof Lwanga Lunyiigo. His work reveals great insights into the actual role the Indian community played in the shaping of colonial and post-colonial Uganda.

Prof Lunyiigo’s book, Uganda an Indian Colony 1987-1972, uses statistical data to show how the Indian community exploited the economic set-up and African agricultural producers both ways – as exporters of semi-processed raw materials extracted from near-slave labour and also as majority sellers of manufactured goods to the rest of the country at exorbitant prices.

Although up to the time of the Indians’ expulsion in 1972, there was a popular negative misconception that they were “breeding’’ excessively and “filling up the country,” the truth is that the Indian community numbered at most 80,000 people, having grown from 32,000 people who were brought into the new British colony to work on the Uganda railway in slave conditions seven decades earlier. So from being three percent of Uganda’s total of population one million between 1896 to 1901, their numerical strength proportionately had fallen to a mere one percent of the eight million national population in 1972. Many had died from malaria, diarrhoea, killed by wild animals, and another half opted to return to India.

In this 50th year since the expulsion, the Uganda Railway, which they came to build 125 years ago, is dead and most of it buried in the sands of time, both literally and figuratively.

Reserve land meant for its expansion and modernisation has been eaten by present-day land grabbers who have constructed “modern” shops, hotels and homes. There are no trains running on the rails, though the Uganda Railways management continues to suck billions of shillings from the national treasury in wasteful adventures like buying second-hand unusable locomotives because they are not compatible with the metre gauge century-old railway. The railways management has also failed to construct the much talked about standard gauge railway that would have worked in sync with that already built in Kenya and under construction in Tanzania from seamless connectivity in East Africa.

For the 70 years (1901-1972) when the Indian community virtually ran Uganda’s economy, they enjoyed the privileged social and political status above that of black Ugandans and just below that of white European colonialists and the new post-Independence rulers in an apartheid-style political and social structure.

But the worst thing the Indian community business class ever did to Uganda in the colonial times was to frustrate and delay Africans’ formation of cooperative societies. For that half-century preceding Independence in 1962, the Indian business class, which the British relied on to exploit the colony economically, lobbied successfully for most of the time to block the registration of cooperatives by and for Africans.

For the Africans, cooperative societies were the most viable vehicle for economic emancipation. It was only in the last decade of colonialism that a progressive colonial governor, Sir Andrew Cohen, pushed for the full freeing of “natives’” cooperatives and also a raft of other freedoms.

Unfortunately, Sir Andrew is mostly remembered for deposing and exiling the Kabaka of Buganda, Edward Mutesa II, for three years in the mid-1950s for the Kabaka’s resistance to a pre-Independence federation of East Africa, among other issues.

Although Idi Amin is accused or credited with expelling the Indian community, his directive was a blanket decree covering all foreigners who had not taken up Ugandan citizenship then. This was in effect, an immigration measure that is routine and continuous in all countries around the world. But the Indian community in Uganda, who held British and Indian nationality and had refused to take up Ugandan citizenship, made up the majority of the people affected by the directive. That is why Amin’s tough action is referred to as the expulsion of Indians, which is basically inaccurate.

The move was shocking because the 90-day ultimatum was too short a time for people to permanently quit a country they were born- and grew up in. They were not allowed to take any money at a time when the Uganda shilling was strong and freely convertible abroad. But compensation for the losses was arranged, and if some or many of the Indians did not get their compensation is another matter.

The assets left behind, therefore, legally became the property of the Uganda government, which casts some doubt on the honesty of those Ugandan Indians who sought and repossessed properties after the fall of Amin’s government in 1979. Also not always stated is that a number of wealthy Indian families never left Uganda, they left but at least not for long. These include sugar millers, a couple of industrialists and a couple of prominent hoteliers. The Ismaili community, in particular, had always existed in harmony with local Ugandan communities, opening their educational facilities like the Aga Khan Schools to black Ugandan children. Nobody raised eyebrows when well-known Ugandan Indian families fully repossessed their assets.

The Shree Swaminarayan Mandir temple at Ben Kiwanuka street decorated for religious festivities. The temple in Kampala is a good example that 50 years later, the Indian community is thriving. PHOTO | MORGAN MBABAZI | NMG

Otherwise, the general feeling in Uganda is that many claimants of the properties of expelled Indians are either fraudulent or victims of fraud.

Matters were not helped that the height of repossession in the 1990s coincided with the privatisation and some property took an unclear route to new ownership since some of those state enterprises had once been Indian property until they got nationalised. Were they repossessed or privatised to persons of Indian origin?

Most important, however, is that many of the expelled Indians who became prosperous abroad did not want anything to do with Uganda again. They never bothered to reclaim their properties and it was “ambulance” claimants claiming to do it on their behalf, in many cases with explicit instructions to sell after successful reclamation.

The relevant question now is how Uganda is faring today as a result of the expulsion. The immediate result, felt even before the last Indian boarded the exodus flight at Entebbe in November 1972, was the grinding to a halt of the factories in the country.

Manufacturing ceased and the most basic consumer products such as bathing and washing soap, bottled drinks and toothpaste had to be imported from Kenya. Shops also emptied quickly and soon, the high street of Kampala that used to sport jewellery and exuded class products, started displaying pancakes and local banana juice to keep a semblance of commerce. The city and upcountry urban areas were economically strangled and fell into slum conditions for two decades.

Because the economic collapse came hand-in-hand with political confusion, rehabilitation of public infrastructure did not take off for another two decades or so after the 1979 fall of Amin’s military government.

But again, the worst failure in restoring economic normalcy has been the failure to revive the cooperative movement in a meaningful manner.

Today, Uganda has thousands of Savings and Consumer Cooperative Societies (Saccos) that promote consumption. The great farmers’ cooperatives that were the engine of development in the 60s have never recovered. The Cooperative Bank was closed in the 90s, two decades after the expulsion of Indians, and when a few years back, the minister of Trade wanted to revive it and asked the Central Bank for the report of its closure, she was shocked to be told that none had even been made.

In all, the Central Bank has closed seven banks in the past two and half decades and there are no reports on any. It is taking long for sane macro and micro economic management to be seen around these parts and the now successful families of the Indians expelled 50 years ago must be thankful for the silver lining in their expulsion.