Yesterday Moses Magala aka Texas, 39 flamboyant philanthropist was buried at his ancestral home at Kibalangulo village in Mubende, Mityana.

Rhino Funeral Service brought his casket from Kiggo off Entebbe rd to the final destination where hundreds of his friends and family gathered to pay last respect.

Speaking to the mourners, Joan Magala, widow on behalf of the rest hailed her fallen husband for the great love and generosity even to strangers. Joan mother of 4, narrated one time when Texas had only 20, 000/= left on him while they were driving around Kampala and they were planning to use it for shopping but when Texas saw a young woman selling bananas he decided to give all of it to her and Joan quarreled why he didn’t at-least give out 5000/= and when they reached the supermarket she asked him for money and he only replied, “I don’t have, haven’t you seen me giving out the only money I had?” Since then Joan was moved by the unique character of the husband.

Joan appreciated Bagaga Kwagalana a “rich gang” who have pledged to support the 9 orphans to continue with education.

The rich gang which Texas has been part of raised in cash 1.5 million UGX and gave it to the children.

They had raised more than 18 million while Texas was hospitalised at Nsambya Hospital in Kampala. 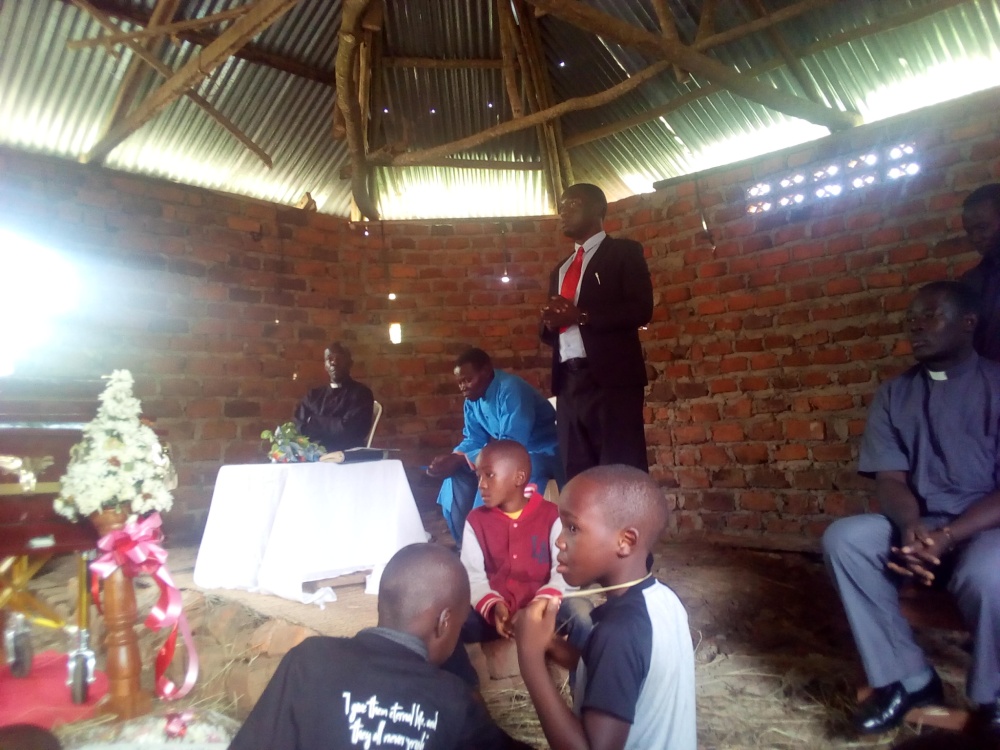 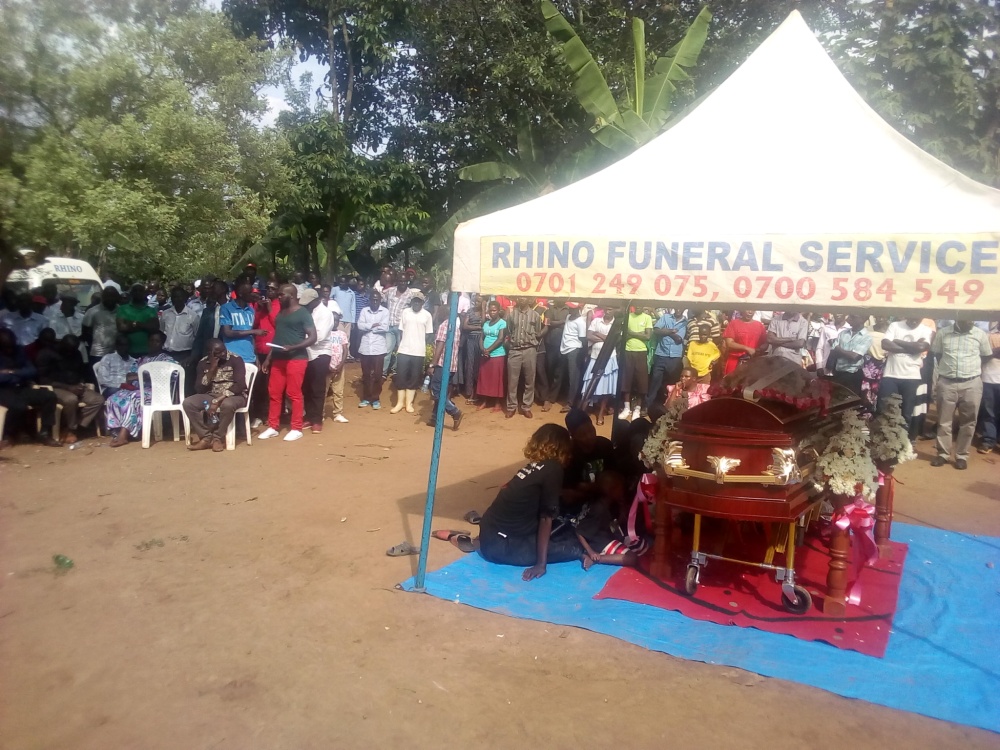 Speaking to the mourners, DP Makindye Mayor Mulyanyama expressed dismay as to why NRM hasn’t sent a delegation to burry his friend who has been funding many of NRM councilors. Mulyanyama also amused mourners when he suggested that rich gang members shouldn’t only take over children but also the widows since Texas is gone. You’re free honestly to take on any of these ladies.” But one of the family members responded to him during his message “Please don’t just take on our daughters simply because you’re supporting the orphans but first follow protocal and come to us.”

Omega Healing Centre pastor Besuel sent by Senior Pastor Michael Kyazze to conduct the funeral ceremony called upon mourners to use there time on earth productively.

Pastor Patience Nassiwa who at one time pastored Texas said that the deceased loved God.

She added that her church began in Texas’ home car garage and every after service, he would serve lunch to the congregation.

Ealier HTP President Kivumbi Earnest Benjamin addressed morners during mass in the church that Texas helped to construct next to the ancestral home.

Kivumbi said kids may not cry now but when they go back home and realise that the bread the father has been bringing is not there or miss going for swimming at freedom city, thats when they begin to cry. Kivumbi said many people make promises during burial which they don’t fullfill but urged friends to support the family.

Kivumbi moved masses while he narrated the night he visited Texas when he knelt down in the hospital Intensive Care Unit and asked God to heal Texas..read more here https://presidentkivumbi.wordpress.com/2019/01/25/the-candle-has-melted-how-texas-has-impacted-me-special-tribute-also-from-pastor-kyazze/